A story of a dream and ambition

Milton P. Demetre was born and raised in Charleston, SC. As a young child, he loved the architecture and beauty of King Street, Charleston’s historic business main street, and dreamed of opening up a store there. He especially loved the beautiful two buildings and interior of the Bank of Charleston (253 and 255 King Street) where Milton had a savings account.

From 1956-1960, Milton was attending The Citadel- the Military College of South Carolina, located in Charleston.  To earn extra money, Milton cut fellow cadets hair, had the college newspaper route, and came up with the idea of selling to his classmates jewelry and engagement rings through a catalog company.  This new endeavor awakened a passion for jewelry and Milton’s dreams now focused on some day opening a Jewelry store on King Street. After graduating from The Citadel, Milton was commissioned as an Officer in the United States Air Force.  Again, looking to make extra money while in the Air Force, Milton founded American Metals Company which specialized in the purchase of Precious Metals from small jewelry stores around the country. After fulfilling his service duties, Milton continued to develop  American Metals Company and it became nationally known as a pioneering company in the quick and efficient purchasing of Precious Metals. 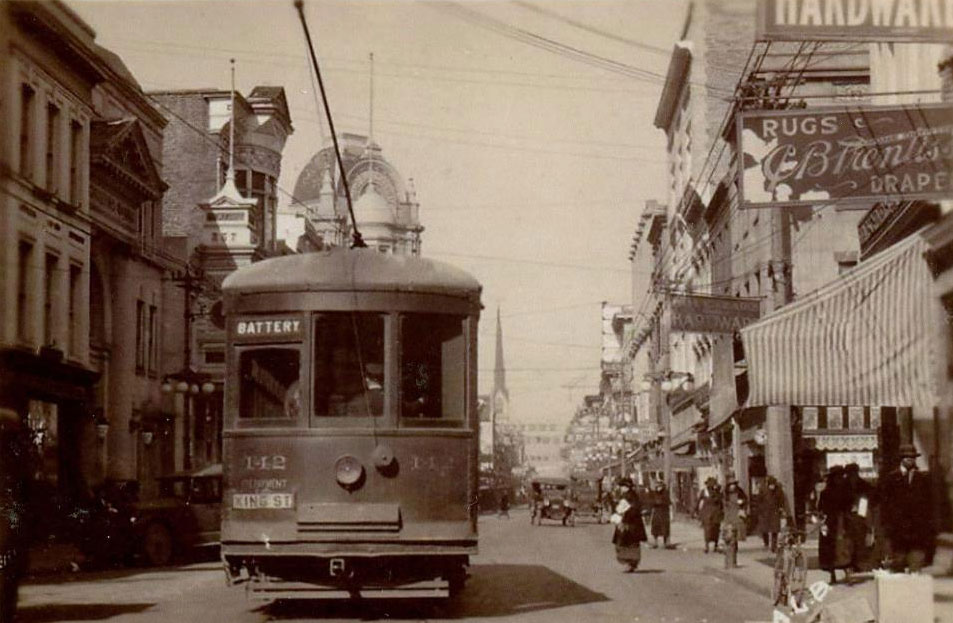 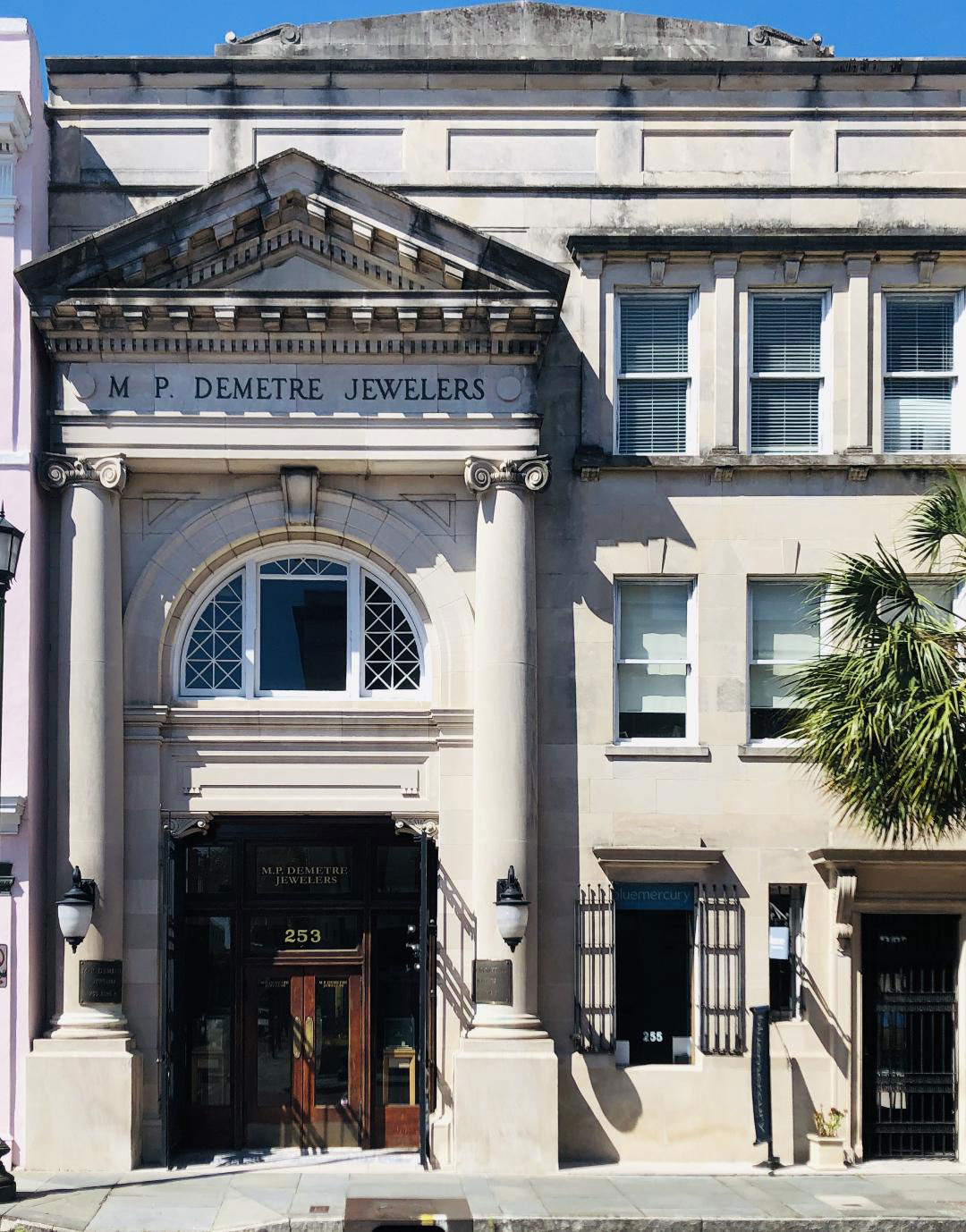 In 1980, with the jewelry knowledge and experience he had gained over the years from operating American Metals Company, Milton felt it was time to realize his ultimate dream and open a retail jewelry store on King Street.  To his delight, he was able to purchase the former bank buildings he had loved as a child.  He opened M.P. Demetre Jewelers and moved the offices of American Metals Company to these buildings. Under his ownership, guidance and working alongside his wife Virginia, M.P. Demetre Jewelers became one of Charleston’s most respected and popular jewelry stores.  In 1996, their eldest son, Peter Demetre joined the family business. Peter had a true passion and love for watches and M.P. Demetre Jewelers began to expand to also include luxury watches. In 1999, M.P. Demetre Jewelers became an Official Rolex Jeweler, a crowning achievement for the business. The family worked together and created one of the nation’s most popular and visited family owned jewelry stores with loyal customers from every area of the country. Milton continued to work 6 days a week at M.P. Demetre Jewelers until his passing in 2018 and was able to see his oldest grandson, Andrew, join the family business bringing Milton’s dream as a child full circle.

A Story of Preservation

Milton always had a passion for beautiful things and especially loved the historic beauty of Charleston’s famous houses and buildings. King Street was the bustling heart of Charleston business and shopping when Milton was young. By 1980, main streets across the country were in trouble and King Street was decaying.  When Milton purchased the beautiful bank buildings at 253 and 255 King Street, the gorgeous 16 foot ceilings with intricate molding and the marble floors that Milton remembered as a child had been replaced with a drop industrial tile ceiling and 1970’s era carpeting.  Milton embarked on a monumental renovation project and discovered the marble floor covered in tar under the carpeting and two subfloors.  The ceiling was brought back to its original height, but most of the beautiful crown molding and ceiling decorations were decayed and little of it remained. Using the famous lost wax method that jewelry is often made from, Milton made his own rubber molds of the different pieces and decorations, and created thousands of pieces out of plaster that were then painstakingly applied to the ceiling and walls recreating its glorious past look. A local Charleston cabinet maker spent two years creating the cabinets and showcases out of Mahogany, and Milton purchased antique chandeliers and fixtures from all over the world.  When finished, M.P. Demetre Jewelers was one of the most unique and beautiful stores in the country, and was one of the first major building restoration projects on King Street. Milton, along with several other Charleston family owned merchants, created a revitalization of King Street that has created one of the United States most visited and beloved shopping streets.

Milton never lost his passion for preserving historical architecture and creating beautiful spaces. He continued to tweak the interior of MP Demetre Jewelers and restore historical houses and buildings the rest of his life. Many of his projects were featured on national television shows and magazines, and Milton is regarded as a true legend in Charleston’s historic preservation and restoration history. 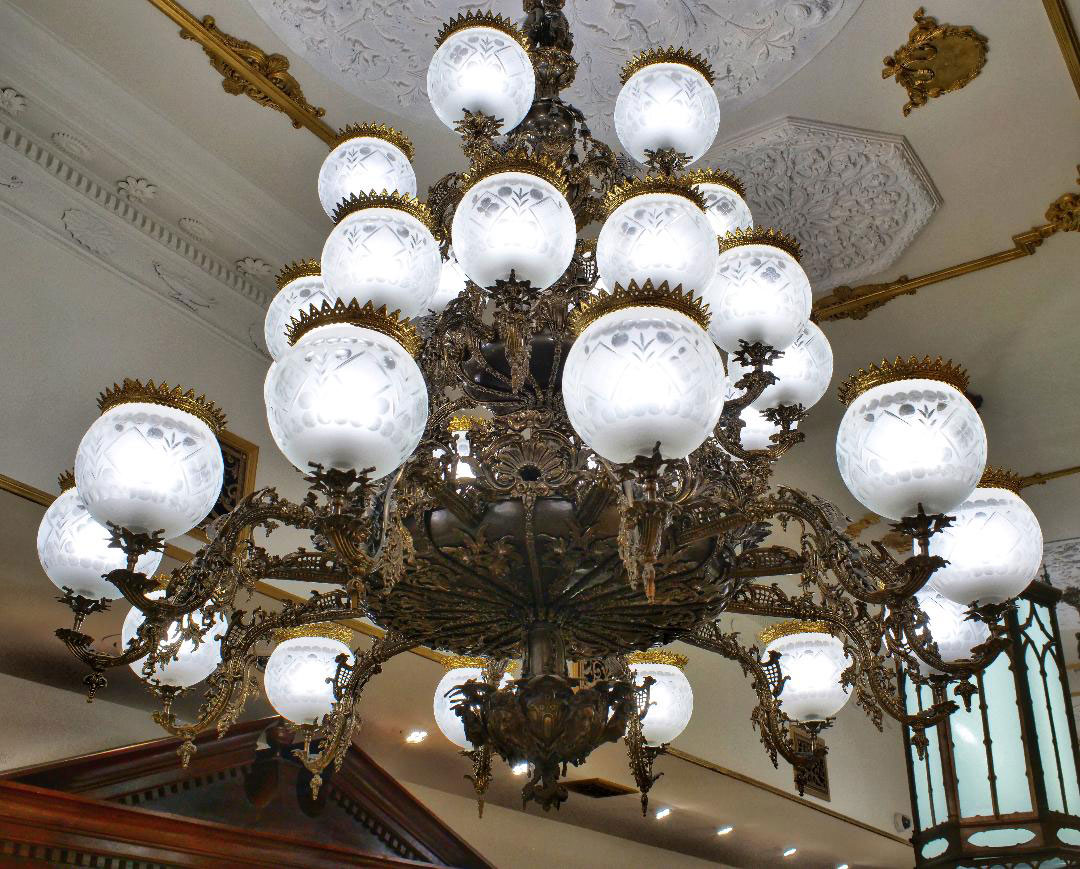 A Story of Philanthropy 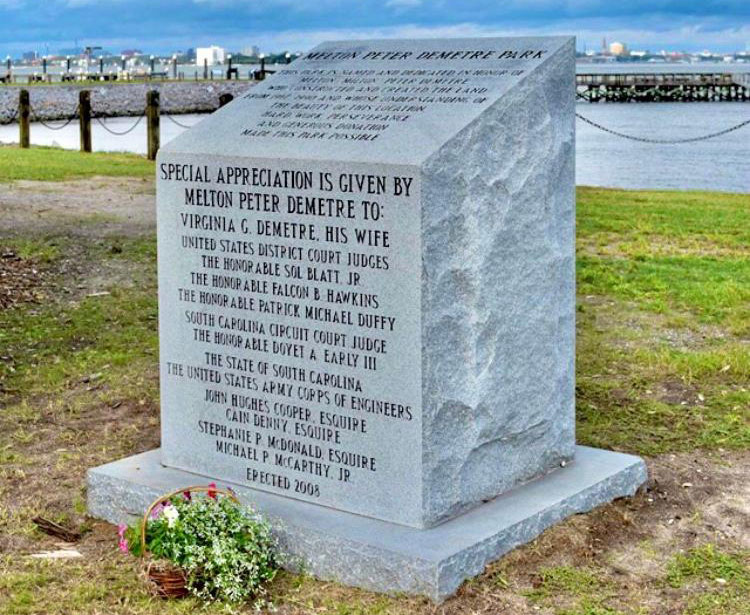 In the mid 1960’s, in the midst of all his hard work to realize his business dreams, Milton came across some low lying marsh land on James Island across from Charleston Harbor. Marveling at the panoramic one of kind views, Milton began purchasing these undeveloped lots one by one over the years. He received Federal and State permits, purchased a dump truck and spent his nights and any free time he had filling in and creating the land himself.  This project took over 25 years, and in 1990, Milton donated the majestic and amazing piece of property he created to the citizens of Charleston as James Island’s only City of Charleston municipal park. In 1997, for his generous donation and hard work, the park was officially dedicated as the Milton Peter Demetre Park. Former Charleston Mayor Joe Riley called the park the “Crown Jewel of the Charleston Parks System.” Current Charleston Mayor John Tecklenburg has named the park as his favorite place to visit in Charleston, and it is a beloved park for nature lovers, water, and fishing enthusiasts.

This example of generosity and giving continues to be a driving force at M.P. Demetre Jewelers and his family continues to support local charities, host store events to raise money for worthy causes, and try to be a leading example in philanthropy as Milton was.

Virginia, Peter, Andrew and a dedicated staff that they consider family continue to operate M.P. Demetre Jewelers with the same hard work and passion that Milton did. When shopping for your watch and jewelry needs from M.P. Demetre Jewelers, you can feel confident that you are dealing with a family run business with strong ties to their community that strives to provide customers with excellent and honest service, and watches and jewelry at a great value. Known for its large selections, beautiful luxury setting, and expert knowledge of their products, MP Demetre Jewelers is the premier watch and jewelry destination in South Carolina. MP Demetre Jewelers is the place to find the perfect piece of jewelry or watch for your loved ones or yourself! Please join us and be a part of our past, present and future story! 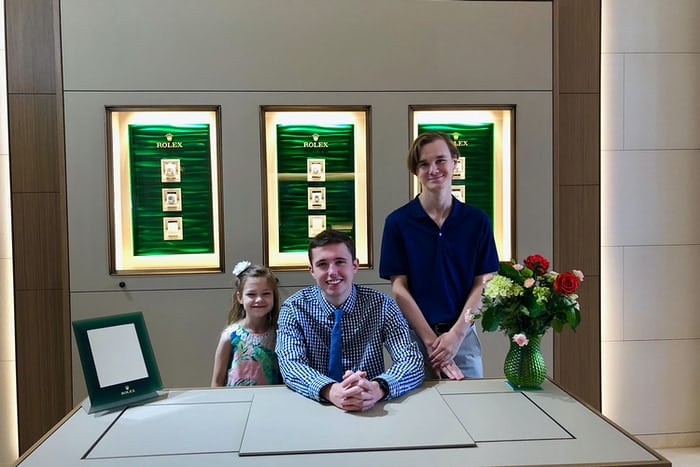 We have jewelry professionals ready to help.

Our website uses cookies. Some of them are essential while others are used to serve you a customised shopping experience.